My basic idea as a football coach is to ensure that players truly enjoy football. As well as teaching techniques, telling players how to enjoy sports and  not give up on things are important parts of my coaching philosophy.

In charge of a lesson
Football
Freestyle Football 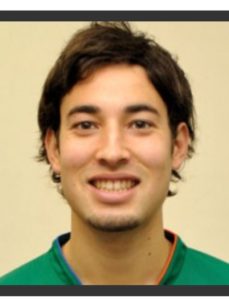 My fundamental idea as a football coach is to ensure that players develop skills which are useful in actual matches. Also, I specialize in teaching foot skills with movement and techniques that make players stronger against pressure, by designing activities suitable for a player’s character and level.

In chage of a lesson
Football
Football × English 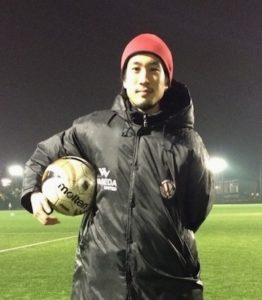 Never be afraid of “Challenge”, “Try” and  “Retry, which are parts of my motto. Not giving up and trying harder are really important matter to me and that is my fundamental idea as a football coach.

Mr. Yuhei Yamaguchi was member of Arsenal Soccer School Hawaii coaching staff during Arsenal SSH summer camp in 2012 where he conducted individual and team training sessions for the camp participants. I was truly delighted with his technical skills, ball control, reliability and professional approach toward coaching youth football players. He is not only a very technically skilful coach, but also well organized and kind person. His approach with kids was really wonderful and he was very much loved by them.  His ability to communicate in English also gave him the opportunity to coach not only the Japanese players, but also all English speaking participants. In addition, Yuhei was very much liked and respected by the rest of the Arsenal Soccer School Hawaii coaching staff for his good character and camaraderie. Yuhei Yamaguchi is an Arsenal Soccer School certified coach.

You will see what skills you can learn from this video!